Our History Who We Are.

In 2003, conversations were held in various cities across the Deep South, including Birmingham, asking young African-Americans to share how they spend their time, talent, and treasure in their communities. These conversations – led by Darryl Lester of Hindsight Consulting and sponsored by Linetta Gilbert of the Ford Foundation –  resulted in a group of young professionals responding to the challenge to create positive change in their community. With guidance from Hindsight Consulting, the group decided to form a giving circle. After adopting the name Birmingham Change Fund (BCF) and researching financial options for the circle, BCF chose to develop a donor advised fund with the Community Foundation of Greater Birmingham. In May 2004, the Birmingham Change Fund officially began its relationship with the Community Foundation with individual investments from 21 founding members.

In preparation for the journey ahead, BCF embarked on a period of intense internal education. They researched issues, both national and local, and presented facts and figures to the members as a whole. A culmination of this education prompted the group to endorse a Theory of Change that had 3 focus areas: Education, Healthcare and Economics. The first investments in Birmingham by BCF included 4 grants and totaled $10,000 in July 2005.

BCF developed simultaneously with a sister fund in Raleigh, NC. NGAAP, the Next Generation of African Americans in Philanthropy, and together the two giving circles were instrumental in developing the Community Investment Network. With technical assistance from HindSight Consulting, the Community Investment Network now boasts more than 14 giving circles across the nation.

At the end of 2009, Birmingham Change Fund decided to focus on education. They studied the Birmingham City School System in 2010 and grants targeting science and math were awarded in 2011 for a 3-year award of $30,000.  Grants were also made in 2012 supporting education-related programs in areas impacted by the April 2011 tornado.  BCF has awarded more than $50,000 since its inception.

BCF was recognized as the “Outstanding Charitable Organization” by the Association of Fundraising Professionals at the 2015 National Philanthropy Day Awards.

Never doubt that a small group of thoughtful, committed citizens can change the world. Indeed, it is the only thing that ever has. ~ Margaret Mead 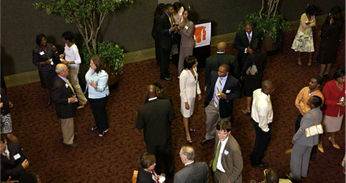 Our patch is part of a broader perspective which envisions philanthropy as the quilt that warms the world with a synergetic impact from non-profits, giving circles, and change-driven citizens. The Birmingham Change Fund’s quilt has taken shape by combining each giving circle member’s experiences and talents. In a sense, the giving circle has identified many resources and carefully combined them with a shared vision to form a special quilt – a Fabric of Change.